Endless mazes! Run against the clock and find the exit.

A seed has sprouted in the deep. Guide the plant trough the deep mazes and out to the bright light of the sun.
You have to find the exit before the plant dies.

Oxigen: find the exit before the sprout suffocates.
Nutrients: eat bugs and rats to stay strong.
You can make tiny and simple mazes or enormous and harder.

This game was made for the Ludum Dare #34 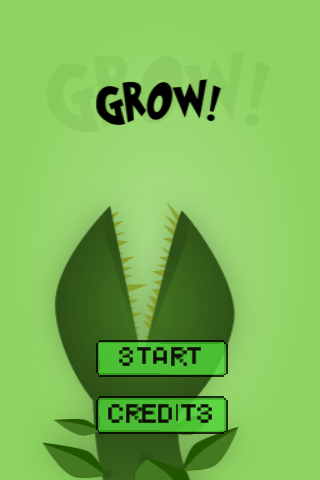 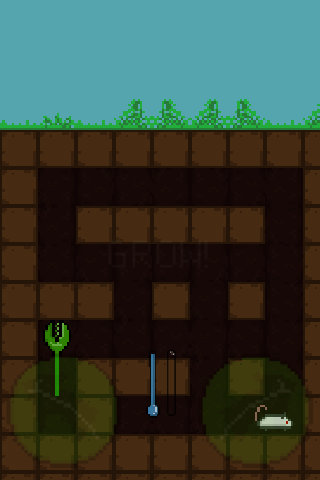 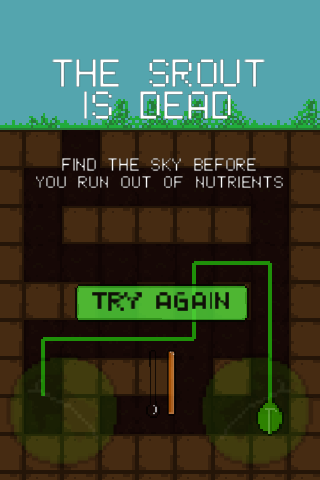 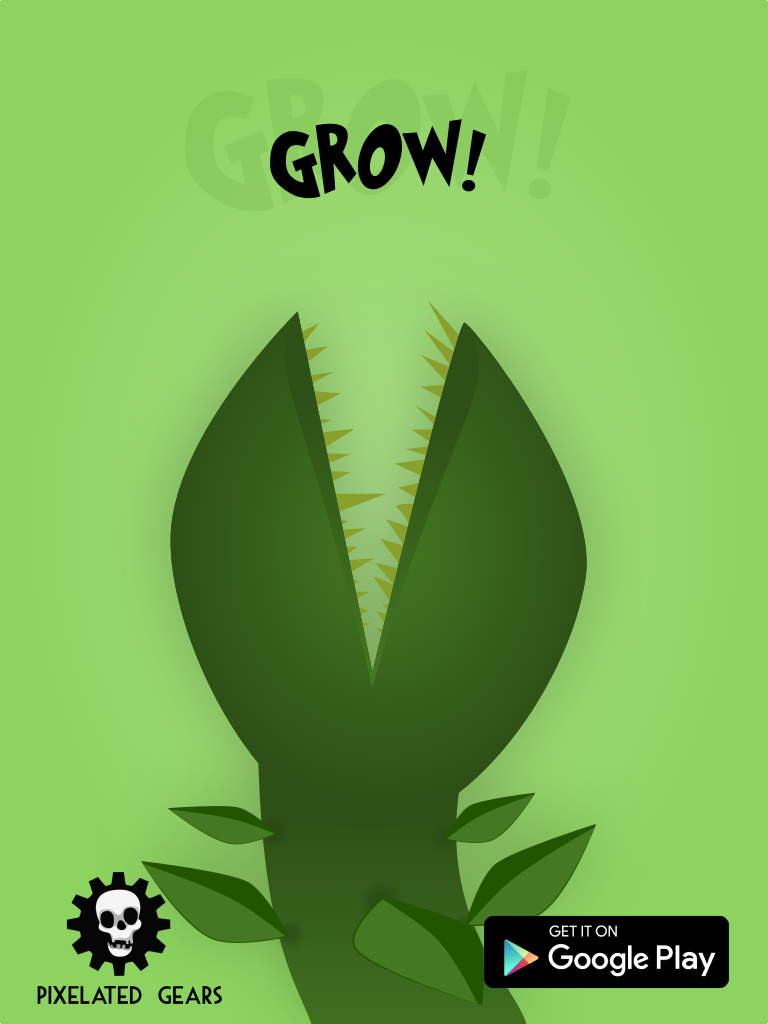 I've been making games for #1GAM for a time now. Some months I've missed the competition, other months I've quit or I couldn't even finish the game in time.
I wanted so much but I didn't have the time to participate in the past Ludum Date, the #33. So this time I did the LD compo.

It was hard.
The first hour I came up with several game ideas that suited the theme: TWO BUTTON CONTROLS & GROWING.
Many of that ideas where discarded immediatly as they where too ambitious, too big to make it into 48hs.

Then I came up with the idea of the maze and the seed growing underground looking for the sunlight.

6 hours later I already wanted to quit: there was no gameplay. There was no fun in the game. I started up all again from the idea sketeches but none where working.

Long story short: I started all over again 3 times in a row in less than 24 hours.
I've have now 1 completed game (Grow!) and 3 other games in various states of development.

I hope the game was worth the weekend I spend making it.
And I hope I've learned something good from the experience becouse I'm looking forward to #LD35.